What did I learn from PyCon Estonia 2019?

There’s so much more to PyCon than just a bunch of people talking about the Python programming language. I visited a PyCon for the first time, and I am glad it was this one! I have been to many academic and business conferences but this was my first tech conference. More than 250 developers, CTOs, investors and innovators gathered to talk about ‘the future of Python’.

As networking seemed to be a crucial part of PyCon, it was delightful to see participants and speakers from all around the world, including the United States, Germany, Denmark, United Kingdom, Netherlands, Latvia, Finland, Norway, Sweden, Czech Republic, and Estonia. An unexpected representation was from the cybersecurity command from the Estonian Defence Forces.

Besides making connections that I hope to keep for life, I learned immensely at PyCon Estonia. It was an endless stream of knowledge, fresh perspectives and innovative solutions that I couldn’t have gotten this fast from anywhere else.

My first takeaway from PyCon was that Python language happens to be the most popular language with the best use cases in the world for multiple reasons! A great discussion that came with almost every talk at PyCon was ‘why exactly is Python so successful?’

Python offers a concise and readable code. While complex algorithms and versatile workflows stand behind machine learning and AI, Python's simplicity allows developers to write reliable systems. Developers get to put all their effort into solving an ML problem instead of focusing on the technical nuances of the language.

Keynote speaker Travis Oliphant in his presentation ‘The past, present, and future of extending Python’ presented remarkably that the four reasons why Python is so successful today are: modular extensibility, new types and functions, protocol overloading (i.e. “dunder” methods), and interoperability. It is easy to create new types and functions and the syntax is way more simplified than other languages, making Python very adaptable.

Another key takeaway from PyCon was how the Python community works. The Python community values are noble and they were visible throughout the event. Best exemplified by Travis; he happens to be one of the pioneers in Python and wrote SciPy in 1998 with Pearu Peterson, an Estonian Mathematician. He could map a step by step journey of how Python became the most popular language in the world, mostly due to its applications in Data Science. However, what stood out for me was the passion and consistency of the Python community that has brought it this far. It is worth acknowledging that the Python community is very diverse in every sense, having acknowledged contributions regardless of background, be it Lukas Hurych who is a product/marketing guy, Igor Davydenko, a creator, or Karl Marka, a scientist!

In contrast to most other conferences, PyCon is in part self-organized. There was a great segment in the event called “lightning talks” which were 5-minute presentations around any topic the presenter wanted to talk about. There was no review process for lightning talks, anyone could sign-up at the conference and talk just about anything. The lightning talk speakers brought out bold and innovative perspectives as they discussed applications of Python in different fields including robotics, education, and recruitment!

Another great initiative advertised during the conference was Code Club organized by Thorgate for the Python Community in Estonia and the willingness to make this practice more international by creating local chapters in other countries. Python community has a lot to offer, and seems to be so close-knit with constant knowledge sharing.

The Future of Python

Python is a programming language which is popular mainly due to expanding and lively ecosystem built around open source projects. Roughly put, open source projects either add completely new functionalities to the language or act as easy-to-use wrappers around existing packages, making them more accessible to non-hardcore programmers. Lauri Vosandi in his presentation about ‘Python in its Natural Habitat’ touched upon the applications of Python in the future. While every speaker and participant seemed optimistic about this, Lauri detailed that we can expect more applications of Python in AI and ML in the future due to the fact that Python provides speed, high-performance, and the ability to scale projects much more easily than most of its counterparts.

Finally, Python-based open source tools provide future access to multiple industries including Industry 4.0, healthtech and fintech. PyCon Estonia 2019 left participants with relevant food for thought: 'Would we be using medical devices, fintech applications, and IOT or Forestry software that run on Python open source code more than ever before?'
Python promises a bright future with an already proven track record showing application that is better than many! 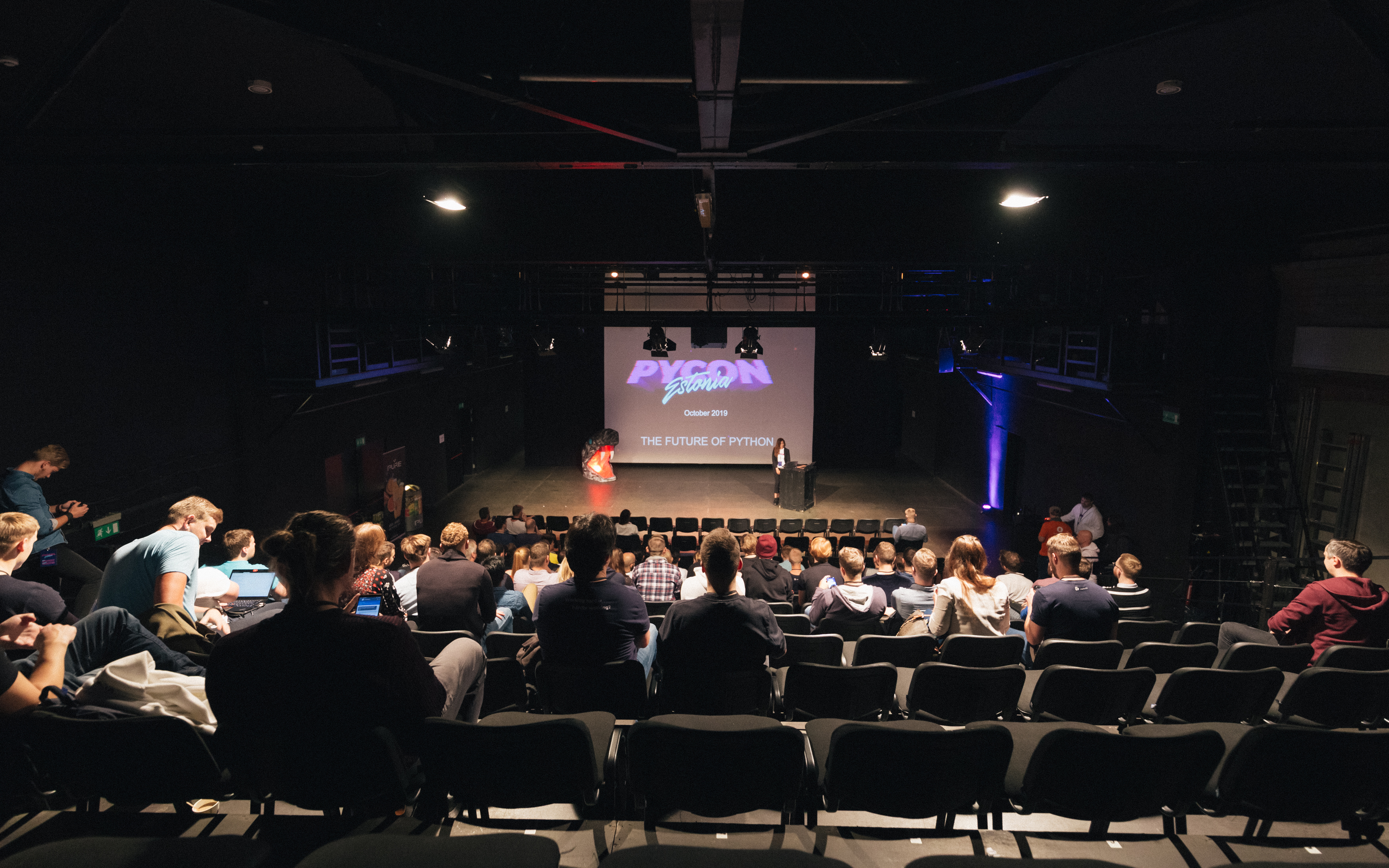 Do you have questions related to applications of Python in product development? Contact Thorgate and they can get you in touch with industry experts that can help you out!
Previous article Previous All articles All Next article Next